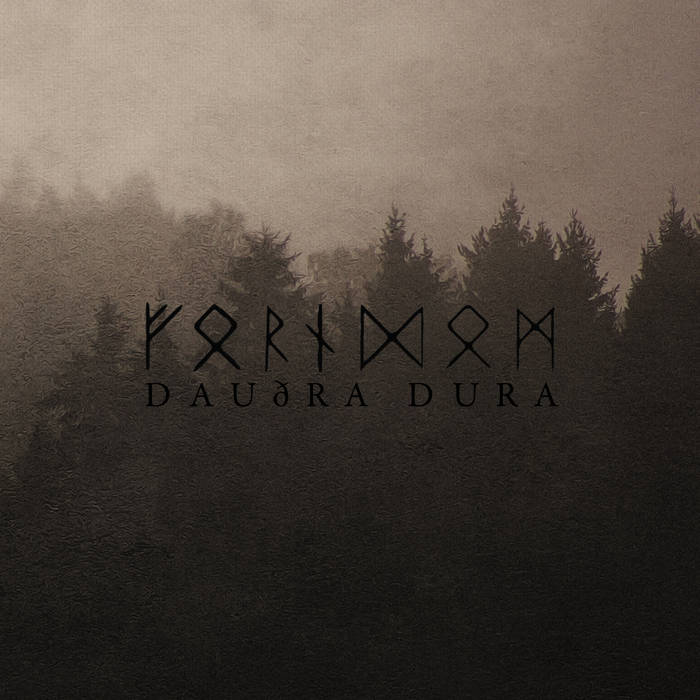 Boa Thorium I crawled through easily 100 dark ambient and ritual pagan bands. One of the best findings on this path is Forndom. "Den grymma hästen" is one of my favorite tracks as it combines constant drone with gentle percussions and an epic vocal-scspe. I am doing dark ambient for several years now and love the intensity and mknimalism. Favorite track: Den grymma hästen.

Sonny92 Daudra Dura means "Doors of Death" and, according to Forndom, is an album about death, particularly in relation to norse religion. The album consists of seven dark-ambient tracks that sound like laments or hymns in praise of the passed. Conjuring images of rituals at dusk and sacrificial offerings to the gods, the atmosphere is very effective. If you're a fan of norse folk bands like Wardruna then round up the dogs, head into the woods and give this a listen.
more...

Let us wander towards the worlds beyond ours. Forndom and multi-instrumentalist L. Swärd returns with the entrancing debut album “Dauðra Dura”. After the very dreamy and successful EP “Flykt” (2015) it’s now time once again to enter the musical world of Forndom, a world where the music sets tone to the old Scandinavian way to live, believe and act. “Dauðra Dura” is in its core a musical interpretation of Death & how it was viewed upon in the old north. A dark, beautiful and genuine creation which must be experienced. Hear the drums far beyond and enter “Dauðra Dura”, The Doors of Death.

The culture, history, traditions, and melancholic landscapes of the rural parts of central Sweden is the main elements within the musical universe of Forndom.

Bandcamp Daily  your guide to the world of Bandcamp

Featuring Oakland sounds from the Smart Bomb collective and Samplelov.